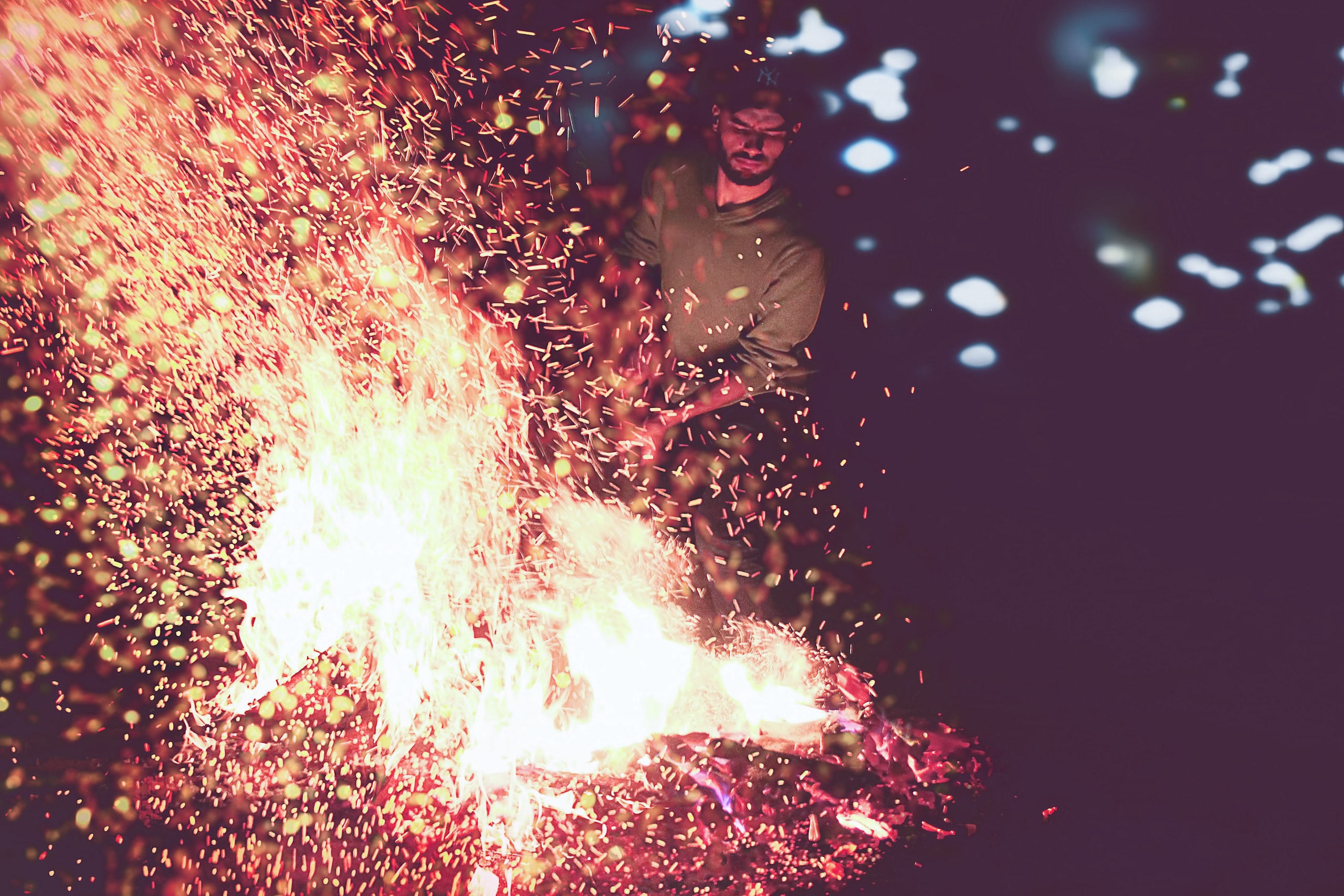 Why We Get Angry In A Crisis

Outrage is all the rage these days. From a pandemic to politics to everything getting cancelled to nothing being in stock, we’ve all witnessed our fair share of anger in the public milieu. We the people have got some anger to pour out. A lot could be said about the roots of this anger and must be if we are going to recover our ever loving hearts. But it cannot be denied that the crisis itself has become some great fomenter. Why can we get so angry in a crisis?

When the hospital security guard froze after seeing my wife endure another screaming contraction at the hospital door, I may have yelled in anger for him to get a wheelchair now. Not five minutes later, we were holding our son. Or take airports, why is it so normal to see people huffing or boiling in frustration at a gate or going full Home-Alone-mom at a ticket counter? Disruption, uncertainty, the unknown and powerlessness of travel can kick in some internal instinct to fight. Maybe that fight rose up in you at the pandemic induced scarcity of, say, toilet paper or lumber or rental cars. Oddly, its an instinct that kicks in even in a faux crisis, like a fight in the aisles of Walmart for a black friday sale TV.

Something gets roused up in us that is deeper than the simple confines of right or wrong.

You’ve probably heard at some point that anger is a secondary emotion, there to cover something more primal underneath. And there’s some truth to this. Most often, our anger is masking deeper, truer emotions. We may actually be feeling sad or guilty or powerless or anxious or terrified. These are primary and the anger is secondary is how the story goes.

But that all feels like a white board diagram answer. And its never helped me much.

When my anger shows up, it feels primary. Its what I’m feeling and its what wants to be heard. Its not second to much in the moment. There’s nothing else between me and my anger. I’m all a flood in it. When I step back, I can see I had some other things going on. Always. But its too late at that moment to figure it out in a diagram.

Your anger does not come as a way to avoid deeper emotions. That may be its fruit, that you lose touch with your deeper self. But anger is not inherently dissociative. Rather, your anger always rises as your protector. Its there to guard something of fight for something important to you. And until you honor that reality, its not going away. Its not that your heart slipped gears from first to second. Its that your heart is armed up to defend. Your protector is showing up.

Your protector, your anger is a really good part of you. Its there to let you know something or someone you love is threatened or harmed. Or maybe its the trip wire that says a boundary has been crossed. Your anger is also an instinctive, if rudimentary, way to maintain our sense of self, to hold our self together. Don’t ever condemn your angry self. You don’t need to get rid of him or her.

Now plunge the world into a pandemic, where our freedom of movement is limited. Where life comes undone and we don’t have our normals. Oh, and we’re all fighting against a virus that for awhile we didn’t really understand. That’s a crisis. And crisis will make us rise up to protect the life we once knew, even our very beings.

The quickest way into your anger is with the question: What are you feeling an instinct to protect? What do you feel a need to defend? Its something important to you. And again, until you honor that thing, your anger is not going away.

Talk To Your Anger

Your protector self is a really good part of you, yes. That doesn’t mean we always use our anger well. We’ve all witnessed people blowing anger off in ridiculous, belligerent, even violent ways. The extent people will go is nothing short of madness. Some people lose their entire selves to this protector energy within. Anger alone has the wheel.

What is going on here?

When we say someone is unhinged we mean their anger is no longer in conversation with the rest of them. You have other parts to you than just your protective anger. Fear, empathy, vulnerability, guilt, love, etc. And they need room to talk with your anger. You don’t need to condemn your anger. But you do need to ask it to sit down sometimes and talk with the rest of you. You don’t need to stop being angry. But you may need to ask the anger to take a breath and talk a little more. This always works well for me, thought sometimes it takes awhile to let go of the fight and talk with the rest of my heart.

Take this small story. A month ago, I ordered something from Amazon and they got my order wrong. I know, big stuff. I spent the next while searching through their website to find an actual phone number and ended up in a calm chat conversation with a nice person. Because this was straight forward their error, I felt no need to protect myself. No anger.

Mr. Amazon Chat assured me that they had not made a mistake several times. To which I reassured him that indeed they had made a mistake. I had the emails to prove it. We carried on like this for awhile and now I was in a fight. I had no idea you could get so angry in a chat box. But my fingers were smoking. Imagine the feeling I had when I realized I was wrong—flat wrong. After sussing out the fine print of the order, it was plain as day that I had made the mistake. They proved me right.

In my anger, I lost touch with my curiosity and my reasonability. It took a little bit to let them come back into the conversation. But when they did, we resolved the issue. I apologized and we ended.

How’s your relationship with your anger? A lot of people overwork their protector and underutilize the rest of themselves. That’s probably all of us in our own ways. Can you bless your protector within? Maybe you need to thank your anger for trying his best to protect you. And maybe you need to give him a much needed break too.